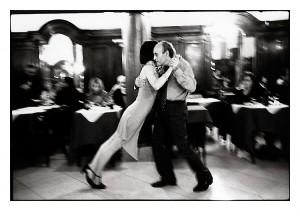 Project Location
Buenos Aires is the largest city of Argentina, and the second-largest metropolitan area in South America, with a population of around thirteen million. Argentina has the second best quality of life in Latin America, second to Chile. It is the most visited city in South America. It is also one of the most important, largest and most populous of South American capitals, often referred to as the Paris of South America. People from Buenos Aires are referred to as porteños (people of the port). Buenos Aires is a top tourist destination and is known for its European-style architecture and rich cultural life, with the highest concentration of theaters in the world. Buenos Aires is the birthplace of Pope Francis, and Queen Máxima of the Netherlands.

Milonga is an Argentinian and Uruguayan form of tango music, but also the term for the place where this tango is danced. People who frequently visit milonga parties are called ‘milongueros’. The music played is mainly tango, vals and milonga. Most milongas are held on a regular basis, usually weekly and they often begin with dancing classes and sometimes demonstration dances. Usually three to five songs are played in a row (tanda), followed by a short musical break (cortina) to clear the dance floor and facilitate partner changes. Due to the strict assembly ban imposed by the military government, milongas almost disappeared from Buenos AIres in the sixties and seventies. Nevertheless, since the beginning of the nineties, the tango culture in Buenos Aires has undergone dynamic development and today one can choose from between fifteen and thirty different milongas every day. Milonga uses the same basic elements as tango, but requires a relaxation of legs and body. Movement is normally faster, and pauses are not made. It is rather a kind of rhythmic walking without complicated figures, with a much more ‘rustic’ style than tango. Some of the photographs where made in ‘la Confiteria Ideal’, an old fashioned milonga where dances are held afternoons and evenings, almost every day of the week. Confiteria Ideal was the setting for films like ‘Evita’ and ‘The Tango Lesson’.