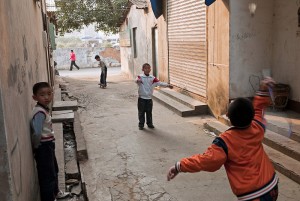 Xiamen also known as Amoy, is a coastal sub-provincial city in southeastern Fujian province, People’s Republic of China. It looks out to the Taiwan Strait and borders Quanzhou (Chôan-chiu) to the north and Zhangzhou (Chiang-chiu) to the south. Xiamen and the surrounding countryside are famous for being an ancestral home to overseas Chinese and is one of China’s earliest Special Economic Zones to attract foreign investment, particularly from overseas Chinese. The city grew and prospered from foreign investment and trade. Trade and direct travel is allowed between Xiamen and Taiwan. Xiamen covers an area of 1 565 km² with a total population of 2.5 million. It was recently named China’s 2nd ‘most suitable city for living’.